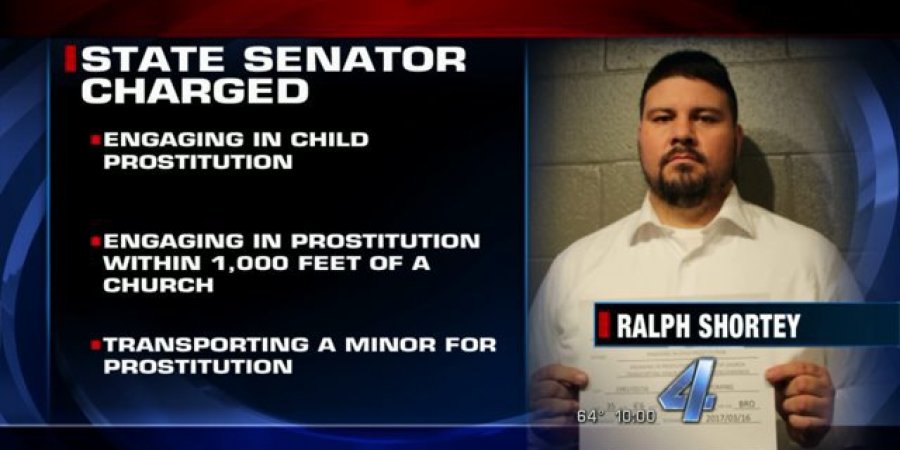 Prostitution within 1000 feet of church law...what?

Recently I read a news story about a Republican state senator, more specifically Ralph Shortey, who was charged with child prostitution after police found him in a room with a 17-year-old boy he had found through Craigslist.

It's would be all clear and simple if he hadn't also been charged with "engaging in prostitution within 1,000 feet of church." Now what's that about? If prostitution and having sex with a minor is illegal, it's illegal everywhere. What does that church have to do with anything? We all know what's happening inside of it every once in a while anyway, right?

Most of the soliciting is done by church goers anyway, so why such a discrimination?